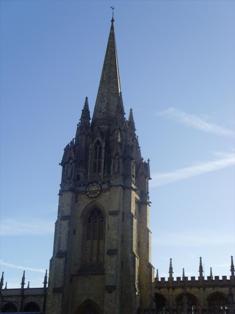 The last major work on the installation was in 1894 when the current wooden frame and the majority of the ringing fittings were installed. The second was also recast at this time by Taylor's of Loughborough. The other five bells date from between 1612 and 1731. Time had taken its toll on these fittings and the time had come to replace them. The fourth was found to have a cracked gudgeon in 2009 and had been unringable since.

The bells themselves were reasonably well in tune but variously worn at the soundbow. The wooden headstocks on the front five bells were all distorted and twisted bringing the bearings out of alignment. The plain bearings on these bells were extremely worn making adequate lubrication almost impossible. All the clapper staple bolts were corroded. The remaining woodwork (wheels, pulleys, sliders and runner boards) was in poor condition.

The bells were removed from the tower in December 2011 and taken to Whites of Appleton's works.

The bells were rehung in the tower at the end of 2012 and we can ring on this majestic peal once again.